Come watch the game with your family, all of your friends, and other alumni. Food and drink will be served. Sign up for tickets here

Each year, the Society will organize an event to watch the Celtics play at the TD Garden in Boston.  Come support the Celtics with your family, friends, and other alumni.

In 2017, we celebrated the anniversary of the 215th founding of the Academy and recognize the candidates for the new cadet class of 2021. BG Holland, West Point Commandant, was our guest speaker this year from West Point.  Our silent auction proceeds went to support the Leadership and Ethics Program at Boys and Girls State.not-for-profit organization that benefits veterans or cadets.  In past years, we have donated the silent auction proceeds to Operation Troop Support and the Directorate of Cadet Activities.

Each year,   we organize an annual meeting to elect members of the board, select the board officers,  and conduct any other business of the Society.  In 2017, we have arranged a private brewery tour at Samuel Adams Brewery before the meeting and a lunch at Doyle’s Cafe after the meeting. 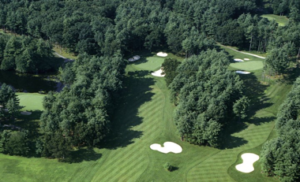 In 2017, our Society will host the 25th All Academy Golf Challenge at Stow Acres Country Club in Stow, MA.  Come join us for a day of golf, friendly competition, prizes, and comaraderie with friends, fellow alumni, and golfers from the “other” academies.

Bring your families and friends to a fun picnic at the Patton Homestead. Attendees were treated to a tour of the Patton Homestead, hay rides and an opportunity to visit the Green Meadows Farm owned by Mrs. Joanne Holbrook Patton. The country-style Homestead was purchased by Gen. George S. Patton Jr.  and his wife Beatrice in 1928 and served as a family vacation spot for many years.  With the start of World War II, Beatrice moved to the Homestead permanently while her husband led the Seventh Army across Sicily and later commanded the Third Army to victory across the European Theater. In 1980, Patton’s son, Major General George S. Patton, his wife Joanne and their five children moved to the Homestead permanently after his own distinguished 34 year career in the US Army before retiring to Green Meadows

Each year, our Society organizes an event to watch the Red Sox play at Fenway. Bring your family, invite your friends, get together with classmates and fellow graduates.  The overhead cover is great for a sunny afternoon game and even for an inclement weather game!! Looking forward to see you at the game!